A rendering shows what Leander Town Square could look like.

“Leander Town Square will be the focal point of our new downtown,” Hill said in the release.

While this public space is anticipated to be included in Northline, the city has not yet approved a final design, according to the release.

Northlineis proposed to be a walkable development that provides retail, housing, hotel, business, restaurant and civic space. The city agreed to a public-private partnership with Northline ownership to fund part of the infrastructure in June 2018. This includes $15 million in bonds for public improvements, such as streets, sidewalks, utilities, drainage and parks.

Alex Tynberg, developer and owner of Northline Leander Development LLC, said that his design team and the city have been working together to program what the civic space, which would be in the middle of the Northline project, would look like.

“Rather than it be a park, we feel it’s more suitable to serve as a town square, which has sort of a better interrelationship with commercial businesses that are going to surround the civic space,” Tynberg toldCommunity Impact Newspaper June 20.

Tynberg said the 1.3 acres could have a pavilion and stage for community events, a big lawn area, a fountain or water feature, public bathrooms, benches and trees. He said he anticipates the space would be used for festivals or farmers markets.

“Separately, we hope the city will want to move city hall to Northline,” Tynberg said. “That will be in a separate block in a location nearby.”

Northline is 115 acres and located in Leander’s transit-oriented-development. The project is south of San Gabriel Parkway between US 183 and Toll 183A. The TOD district is intended to encourage pedestrian-friendly growth. It includes projects such as Austin Community College’s San Gabriel campus, St. David’s Emergency Center and Capital Metro’s Leander Station.

Tynberg said Northline will be built in phases, as projects of this caliber often are, and could take 10-15 years to be completely built out. The project could be valued at $800 million, he said.

Tynberg said he plans to begin horizontal construction, such as roads and utilities, for the first phase later this year.

“Residential and commercial projects we are expecting after that,” he said. “I expect we can make some announcements next year as far as what’s coming out of the ground.”

Lincoln Property Company, an international real estate firm based in Dallas, has been brought on to oversee planning, marketing and vertical commercial development in Northline. 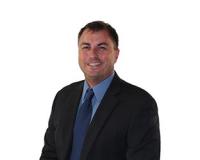 Eric is an educator at his core, and knows the schools and school districts for your family as he taught public school for about 20 years. Eric has become very familiar with each neighborhood in the ....

More and more people are moving to the Austin Area every year!   2020 is expected to be one of the best years for growing the Austin population.  Is it time to buy a new home?  Are

It's almost the next decade!  Do you have goals for home ownership in 2020?  Interest rates continue to get lower and lower.  When is the right time to buy?  My answer is "When

The Hollows...Located northwest of Austin at an area we call North Shore on Lake Travis. Exciting things are happening! The Hollows has received tremendous attention this year which


Should you require assistance in navigating our website or searching for real estate, please contact our offices at .

The information being provided is for consumers' personal, non-commercial use and may not be used for any purpose other than to identify prospective properties consumers may be interested in purchasing. Based on information from the Austin Board of REALTORS&reg. Neither the Board nor ACTRIS guarantees or is in any way responsible for its accuracy. All data is provided "AS IS" and with all faults. Data maintained by the Board or ACTRIS may not reflect all real estate activity in the market. IDX data last updated January 26, 2020 5:35 AM Show More...

By registering, you agree to our terms of use and that real estate professionals and lenders may call/text you about your inquiry, which may involve use of automated means and prerecorded/artificial voices. You don't need to consent as a condition of buying any property, goods or services. Messages/data rates may apply.